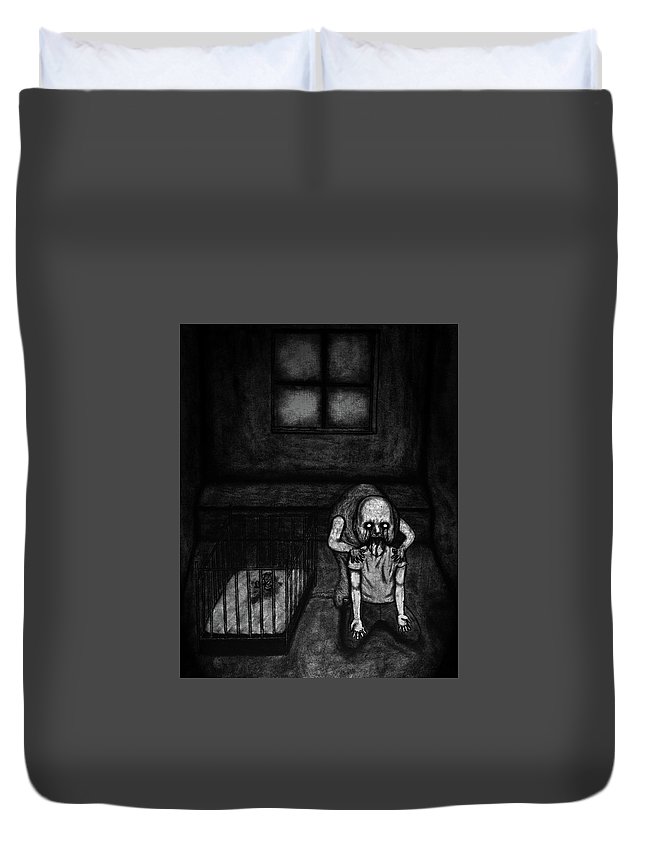 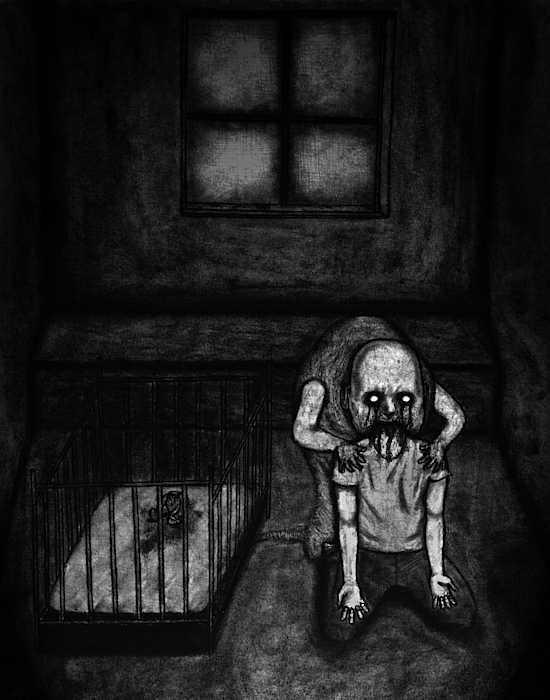 Queen duvet cover (88" x 88") featuring the image "Nightmare Chewer - Artwork" by Ryan Nieves. Our soft microfiber duvet covers are hand sewn and include a hidden zipper for easy washing and assembly. Your selected image is printed on the top surface with a soft white surface underneath. All duvet covers are machine washable with cold water and a mild detergent.

The artwork featured for the original Blackhaven encounter story #3

This is artwork for encounter #3 of the encounter short stories for my... more

The artwork featured for the original Blackhaven encounter story #3 This is artwork for encounter #3 of the encounter short stories for my series Blackhaven Institution which is written below. The day Blackhaven Institution a house for orphaned children and unwanted infants burned to the ground mysteriously one day, the souls of those trapped inside became corrupted by an evil that warped them into demons that dwell in an alternate Blackhaven Institution.There they await those who are dragged into this alternate world by an unknown evil. The encounter with this nightmare “Nightmare Chewer” takes place in the "Nursery Wing" as follows: Its a Friday night on the streets of Dracove city. Its northern section being the center for young adults to frolic,mingle, and party in many of city's night clubs and bars. Jerome Wainwright leaves his apartment at 9:00pm to meet up with his friend Derek Reyes, a longtime friend who is little quirky and doesn't have much luck with the ladies. Derek l...