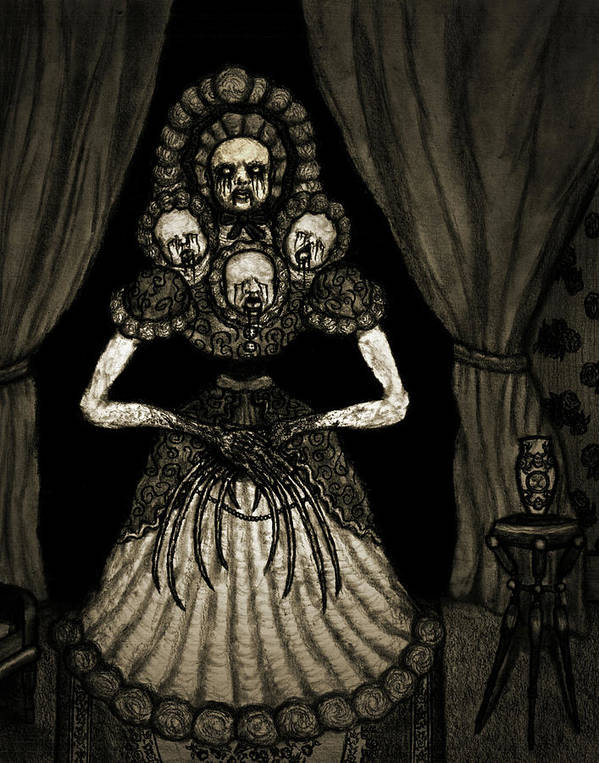 Nightmare Dolly - Artwork poster by Ryan Nieves.   Our posters are produced on acid-free papers using archival inks to guarantee that they last a lifetime without fading or loss of color. All posters include a 1" white border around the image to allow for future framing and matting, if desired.

It was around 2am that stormy night driving down the long stretch of road surrounded by woods. I was very tired and I no idea where I actually was,... more

It was around 2am that stormy night driving down the long stretch of road surrounded by woods. I was very tired and I no idea where I actually was, but I knew that this road would eventually lead to the highway after asking a few locals at a gas station awhile back. I couldn't hardly see in front of me as the torrential rain pounded my windshield blurring my vision. Out of nowhere I see something jump right in front of the car causing me to swerve out of control and I crashed into a thick tree nearby. My airbags must of malfunctioned as my head slammed into the steering wheel with tremendous force and I was knocked out cold. After some time passed I woke up and my car was wreaked, I tried dialing emergency services but my phone had no reception, I found it strange because not to long ago my service seemed fine, my head was throbbing and it was pretty painful.I waited a while to see if anyone would drive by and possibly could help me, but the road was empty that night as I became soak...