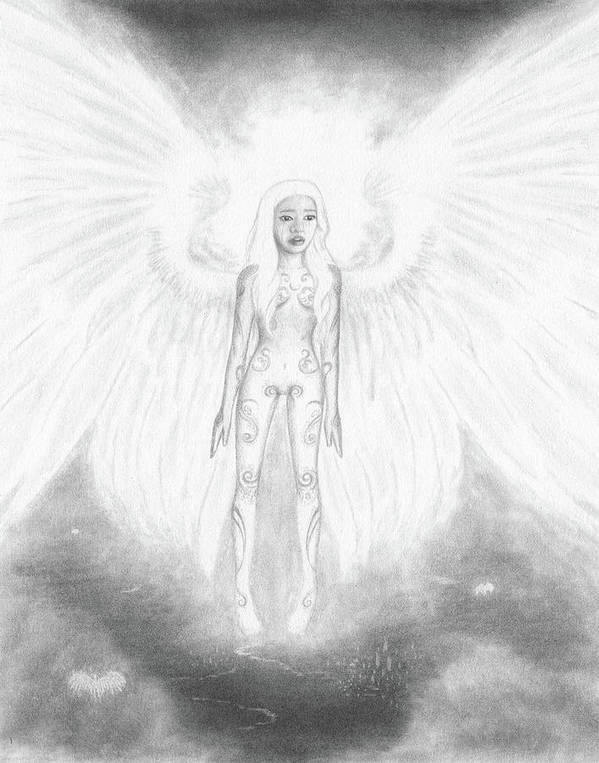 As An Angel She Realized Why - Artwork Poster

As An Angel She Realized Why - Artwork poster by Ryan Nieves.   Our posters are produced on acid-free papers using archival inks to guarantee that they last a lifetime without fading or loss of color. All posters include a 1" white border around the image to allow for future framing and matting, if desired.

"Angels And Demons" series will present 3 pairs of drawings with similar yet contrasting narratives and visuals based on either the perspective of an angel or a demon, focusing on the elements of tragedy and drama associated with each one. Piece #5- As An Angel She Realized Why...- “Her body now luminous in the sky, ascending with white wings, as an angel she soon realized why...”Continue below to read the full story behind this quote and this piece.The sun high in the sky showered the passing clouds with a silver lining. Rays of light traversed the grass for just moments as the whistling wind rattled the leaves of the trees on this warm spring day. All this combined creating an atmosphere of serenity as Hye-Mi stared upwards captivated by the heavens. Looking ahead to a see a familiar face she smiled. Kevin smiled back, standing before her and telling her to hold out her hands and close her eyes. In that moment she imagined he would confess his love she so eagerly awaited. In that...