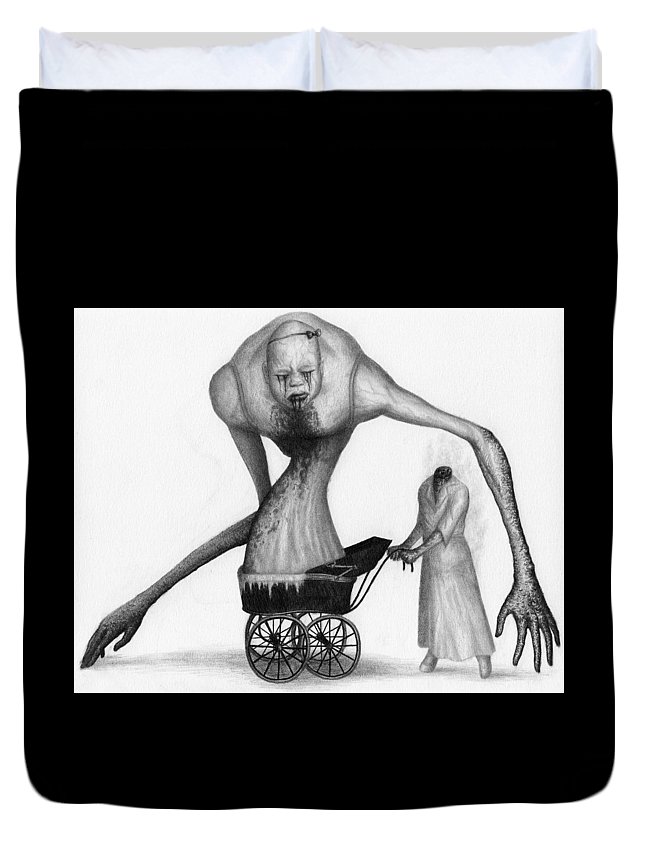 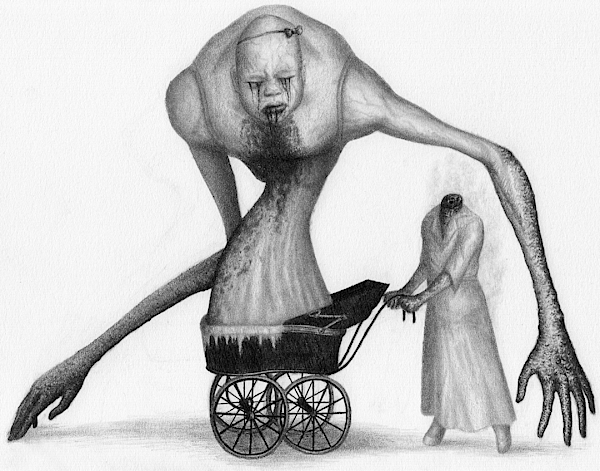 Queen duvet cover (88" x 88") featuring the image "Bella The Nightmare Carriage Updated - Artwork" by Ryan Nieves. Our soft microfiber duvet covers are hand sewn and include a hidden zipper for easy washing and assembly. Your selected image is printed on the top surface with a soft white surface underneath. All duvet covers are machine washable with cold water and a mild detergent.

Updated and final drawing for Bella The Nightmare Carriage to look closer to the original.
In the alternate nightmare world of Blackhaven... more

Updated and final drawing for Bella The Nightmare Carriage to look closer to the original.In the alternate nightmare world of Blackhaven Institution Bella and Marilyn reunited under the vile embrace of corruption... Never again will she leave her precious Bella alone. The corruption, warping their bodies and ravaging their souls, what was left was a monster,one of the great horrors of Blackhaven Institution Nursery Wing...A nightmare carriage.... In a large charred carriage resides what has become of Bella, this horror fused into its carriage, shambling in its miserable state. Still wearing clothes Marilyn bought for her, she has become a hulking monstrosity . Constantly tearing and drooling out a black liquid which is severely acidic to human skin. This demon has greatly. Behind this demon is Marilyn, a ghost of her former self. She manifested decapitated, with smoke smoldering from her body. It is believed during a fit of rage brought out by the initial corruption the demonized Be...