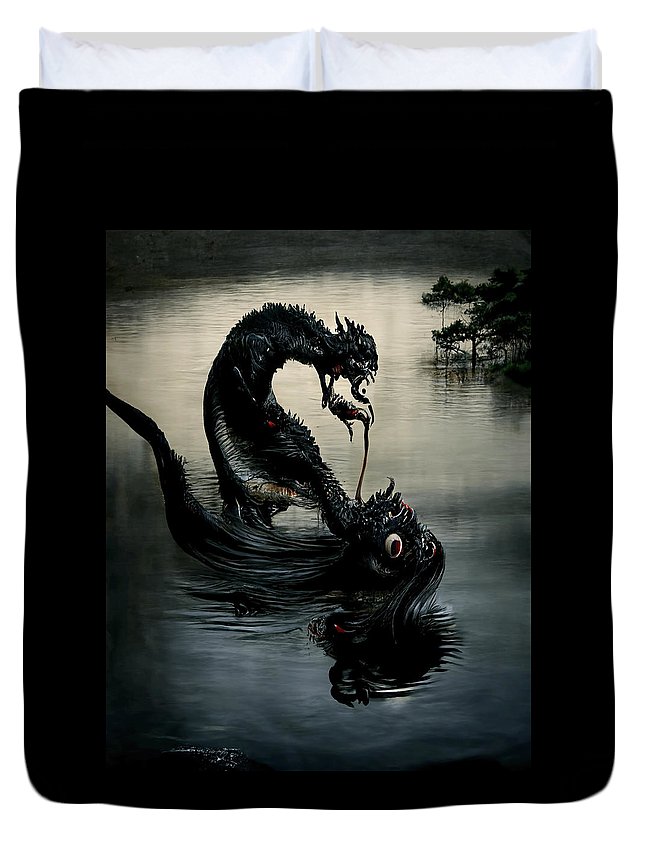 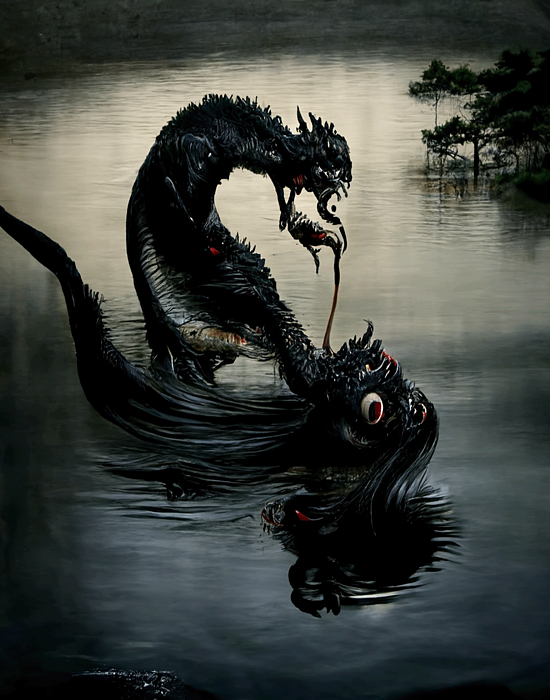 Queen duvet cover (88" x 88") featuring the image "Black water Dragon - artwork" by Ryan Nieves. Our soft microfiber duvet covers are hand sewn and include a hidden zipper for easy washing and assembly. Your selected image is printed on the top surface with a soft white surface underneath. All duvet covers are machine washable with cold water and a mild detergent.

The Curse of Blackwater Dragons... more

Blackwater Dragon - “Trapped swirling beneath dark water an ancient curse has taken form”The Curse of Blackwater Dragons Synopsis“Under black water an unresolved will festers into the form of a dragon”Phase One: Inside Her a Seed of WrathPhase Two: A Black Serpents TonguePhase Three: Submerge into Black WaterPhase Four: Embrace, Rebirth, PowerPhase Five: A Will Resolved, A Will UnresolvedPhase Six: Forever Above, Forever BelowThe Curse of Blackwater Dragons is a short new Japanese surreal horror series created with Midjourney that takes place in Japan's earlier period of history in its central regions. This series will explore a curse stemming from an ancient lake. The eventual contents conveyed of this curse, first visually and then eventually in writing, for viewers could've been simply described as disturbing, twisted, and intense or any amount of similar terms. More appropriately I will describe the experience as evoking the feeling of being dumped and abandoned into a deep...