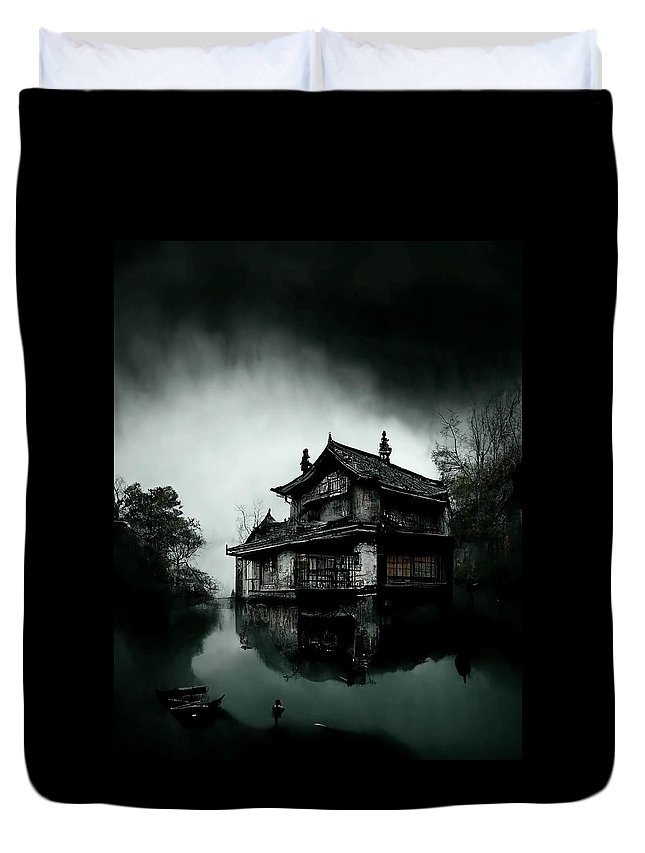 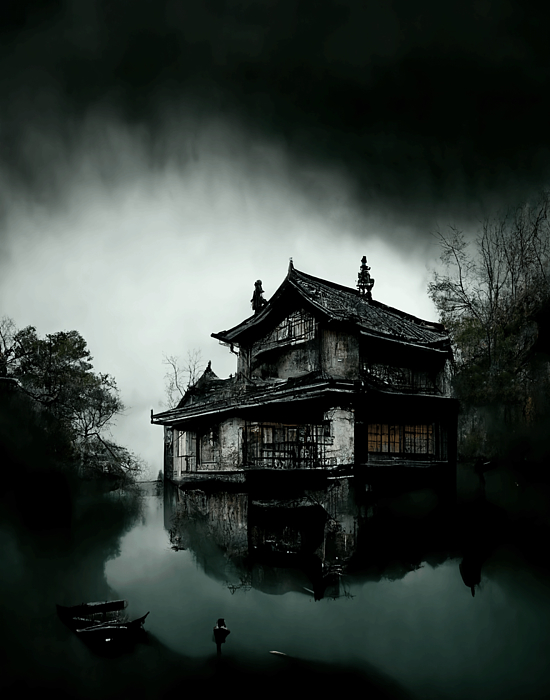 Brothel on the Lake Duvet Cover

Queen duvet cover (88" x 88") featuring the image "Brothel on the Lake" by Ryan Nieves. Our soft microfiber duvet covers are hand sewn and include a hidden zipper for easy washing and assembly. Your selected image is printed on the top surface with a soft white surface underneath. All duvet covers are machine washable with cold water and a mild detergent.

Under black water an unresolved will festers into the form of a dragon
.
The Curse of Blackwater Dragons is a new short Japanese surreal horror... more

"Under black water an unresolved will festers into the form of a dragon".The Curse of Blackwater Dragons is a new short Japanese surreal horror series created with Midjourney that takes place in Japan's earlier periods of history in its central regions. This series will explore a curse stemming from an ancient lake. The eventual contents conveyed of this curse, first visually and then eventually in writing, for viewers could've been simply described as disturbing, twisted, and intense or any amount of similar terms. More appropriately I will describe the experience as evoking the feeling of being dumped and abandoned into a deep unknown body of pitch black water. Your mind racing with anger and despair, while your imagination visualizing what may lie beneath your feet. Your eyes unable to see the land ahead, your body struggles to keep afloat and swim. The sun has sunken below the horizon... This is the level of discomfort one should feel with this series..Piece above is titled "Brothe...