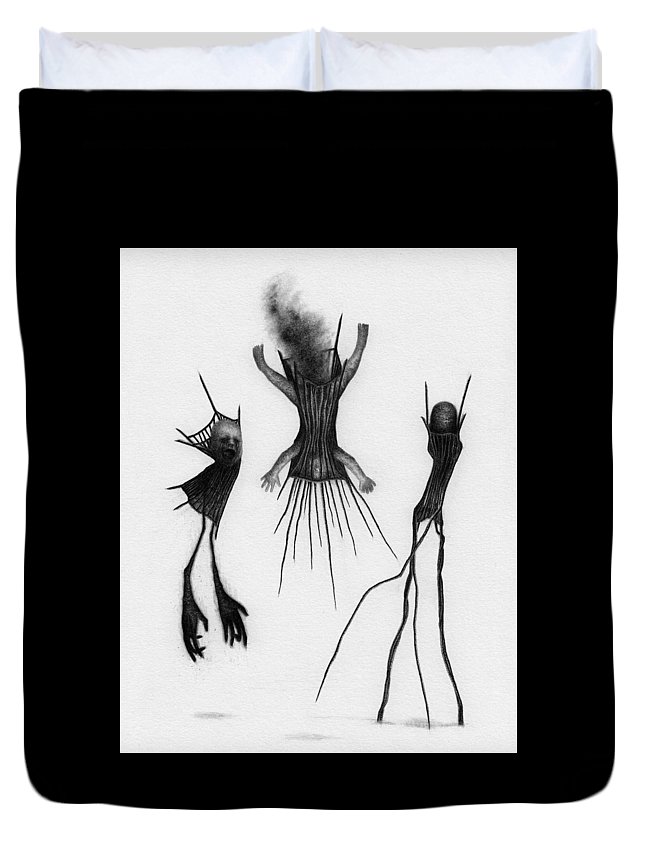 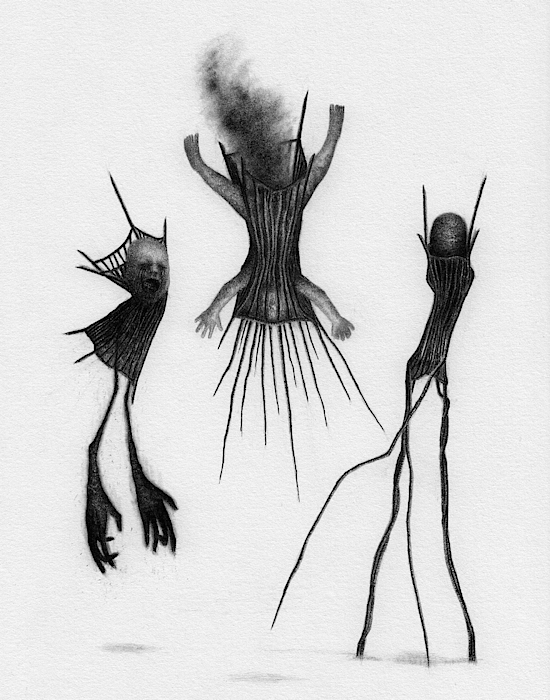 Queen duvet cover (88" x 88") featuring the image "Crib Bound Corrupted - Artwork" by Ryan Nieves. Our soft microfiber duvet covers are hand sewn and include a hidden zipper for easy washing and assembly. Your selected image is printed on the top surface with a soft white surface underneath. All duvet covers are machine washable with cold water and a mild detergent.

This drawing is part of the series of Blackhaven Anomalies. This series illustrating the general threats, hauntings, and strange occurrences that plague the dark corrupted world of the alternate Blackhaven Institution.For a majority of the infants trapped in Blackhaven's Nursery Wing on the day of the fire, their cribs became their tombs... Reborn from the corruption, uncomfortably trapped inside these twisted metal caskets, they are the physical embodiment of their traumatic suffering. These demons are only found in the Nursery Wing, usually in the large long rooms that are littered with discarded metal cribs. Shaped in a variety of different ways, each variant of the crib bound corrupted has their own way of inflicting physical harm on an individual that encounters them.Other Blackhaven Profiles: http://pyramiddhead.deviantart.com/gallery/45457103/Blackhaven-Demon-ProfilesJoin my email list for updates at http://theartofpyramiddhead.com/subscribewebsiteemaillist.htmlFind Originals,...