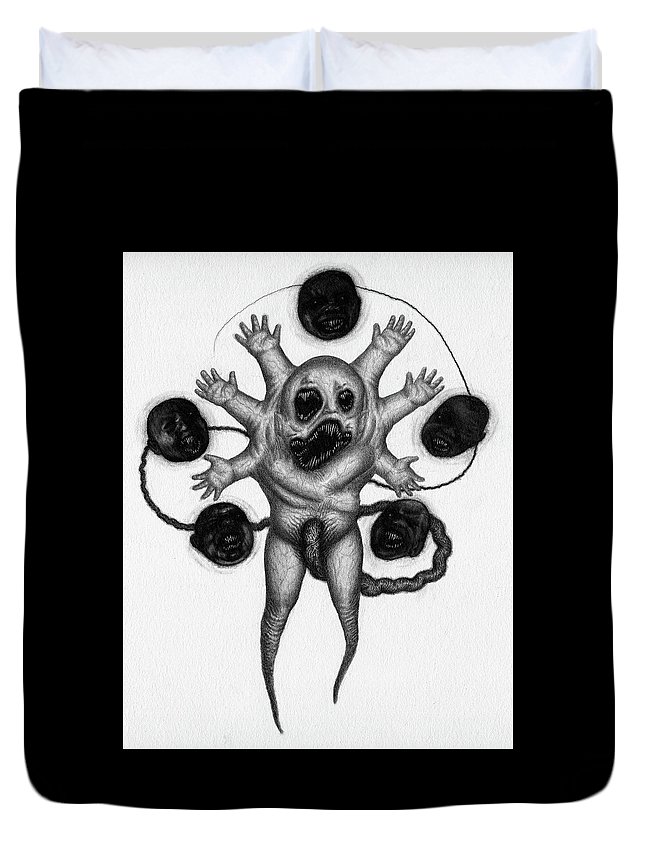 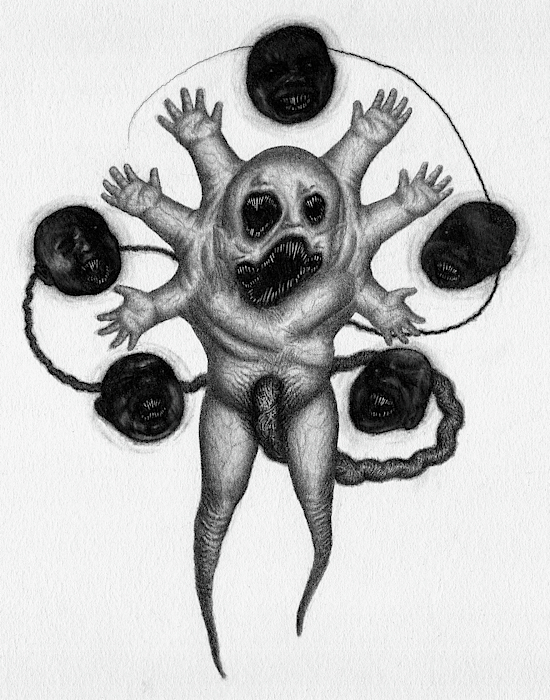 Queen duvet cover (88" x 88") featuring the image "Firstborn of The Nursery Wing - Artwork" by Ryan Nieves. Our soft microfiber duvet covers are hand sewn and include a hidden zipper for easy washing and assembly. Your selected image is printed on the top surface with a soft white surface underneath. All duvet covers are machine washable with cold water and a mild detergent.

'Firstborn' is a concept from my Blachaven Horror series, which will likely be included in a future book.

'Firstborn' is a concept from my Blachaven Horror series, which will likely be included in a future book.Very brief conceptual description: The bane that lurks in the nursery wing...  With origins unknown this entity is not of any of the registered orphaned infants from Blackhaven Institution. Amongst all the other nightmarish creatures of the nursery wing lingers this firstborn, the egg of corruption... It's intense tortured cries bringing forth with it the will of the corruption. These cries can even give birth to nightmares far more twisted than what is already present in this world. Uniquely a creator among the previously created corrupted and even at times a healer/nurturer. The denizens of the nursery wing do not fear this entity unlike the firstborn of the orphan wing. Instead they revel in a corrupted harmony at the sign of its presence, as the entity itself is rarely physically seen. This demonic entity one of the two firstborns found in the alternate institution and is the k...