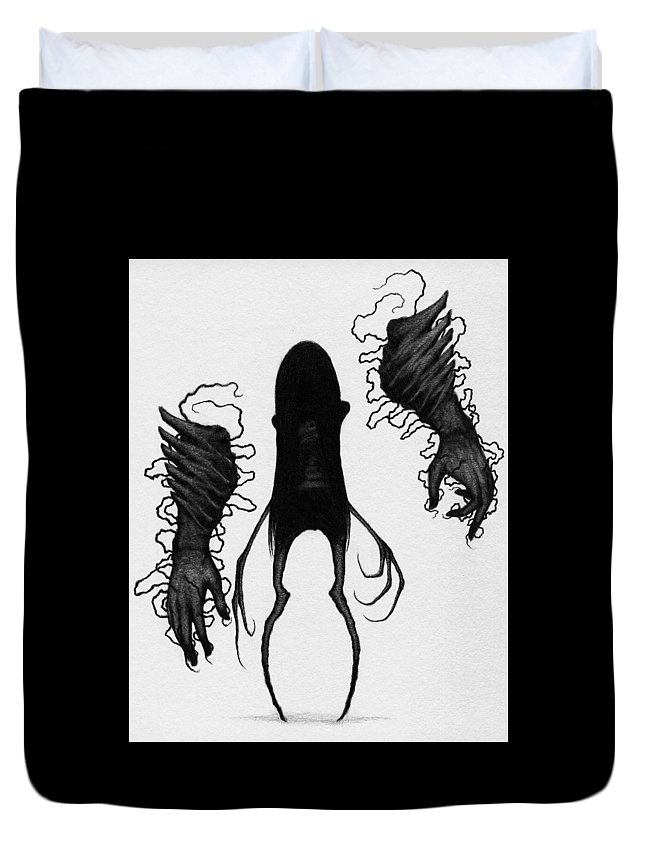 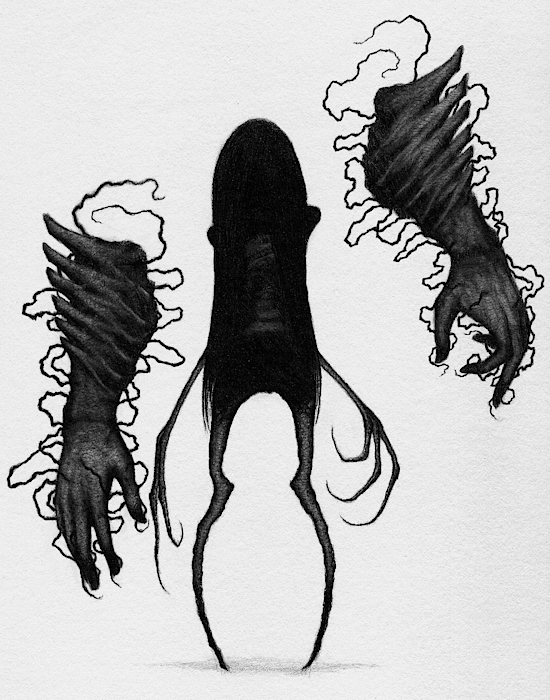 Queen duvet cover (88" x 88") featuring the image "Firstborn of The Orphan Wing - Artwork" by Ryan Nieves. Our soft microfiber duvet covers are hand sewn and include a hidden zipper for easy washing and assembly. Your selected image is printed on the top surface with a soft white surface underneath. All duvet covers are machine washable with cold water and a mild detergent.

'Firstborn' is a concept from my Blachaven Horror series, which will likely be included in a future book.

'Firstborn' is a concept from my Blachaven Horror series, which will likely be included in a future book.Very brief conceptual description: The bane that lurks in the orphan wing... With origins unknown this entity is not of any of the registered orphans from Blackhaven Institution. Her presence emanates a great dark power and a proceeding dread emanated on a scale far greater than any other demon that dwells in the orphanage. Two giant hands pulsating with a black static commanding fear and demonstrating power, the power to destroy anything in its path or any of the corrupted at will. Other demons flee in fear in the mere presence of this entity, somehow if knowing it is not one of them... This demonic entity one of the two firstborns found in the alternate institution and is the key to the root of Blackhaven's corruption. Blackhaven is a horror series depicting some of the most unique, chilling, and twisted nightmares imaginable. The horrifying nightmares contained in this book spaw...