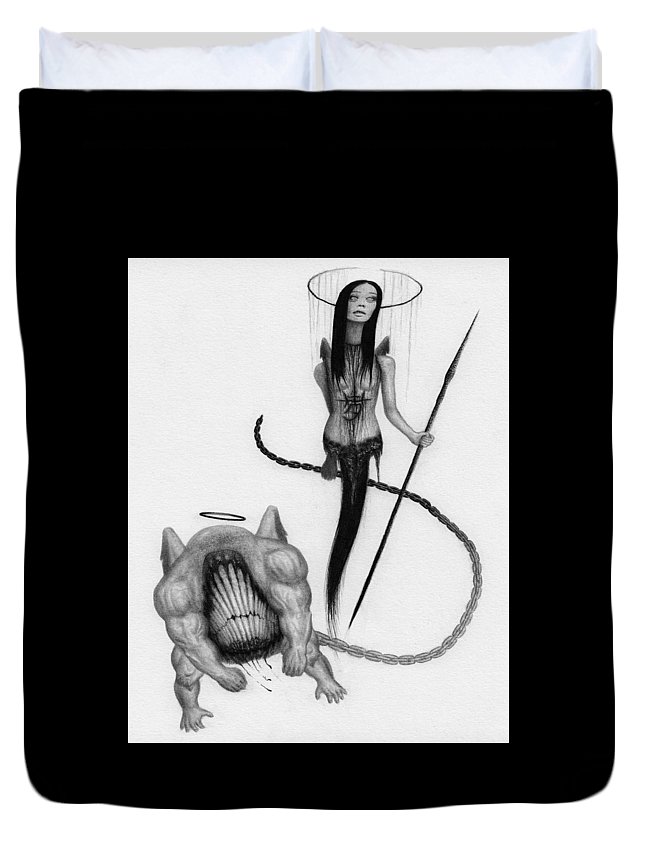 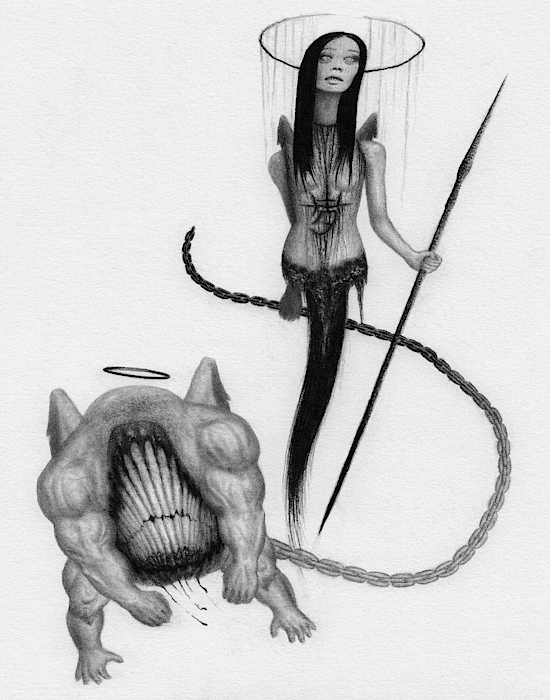 Queen duvet cover (88" x 88") featuring the image "Huntress - Artwork" by Ryan Nieves. Our soft microfiber duvet covers are hand sewn and include a hidden zipper for easy washing and assembly. Your selected image is printed on the top surface with a soft white surface underneath. All duvet covers are machine washable with cold water and a mild detergent.

When she lost her wings, she found the beast close to the... more

She was left in pieces, it was left in darkness, before they had left the world.When she lost her wings, she found the beast close to the bottom. She offered it the violation of her flesh, in return for sharing in it's pain it offered her it's loyalty. Long ago, lost near the bottom of limbo innocence had deformed and been reduced to an instinct. This instinct deriving from a fault not of it's own, but from the only sensation it can remember. It's existence is that sensation, it's power is what she sought.Her fall from grace, her sacrifice to the beast, a means to hunt every last scum that lived a life unpunished. For eventually they will make their way there, they will face the beast. Once the chain is loose they will become familiar with what they had once inflicted. A violation severe enough to tear an existence apart, there will be nothing left...In the world after death predator becomes prey to the huntress...Join my email list for updates at http://theartofpyramiddhead.com/subscr...