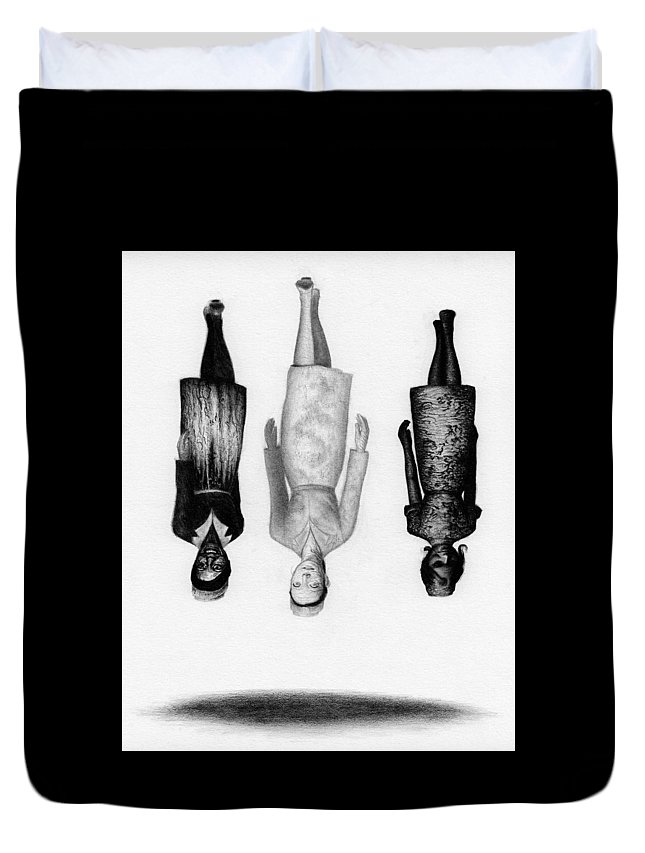 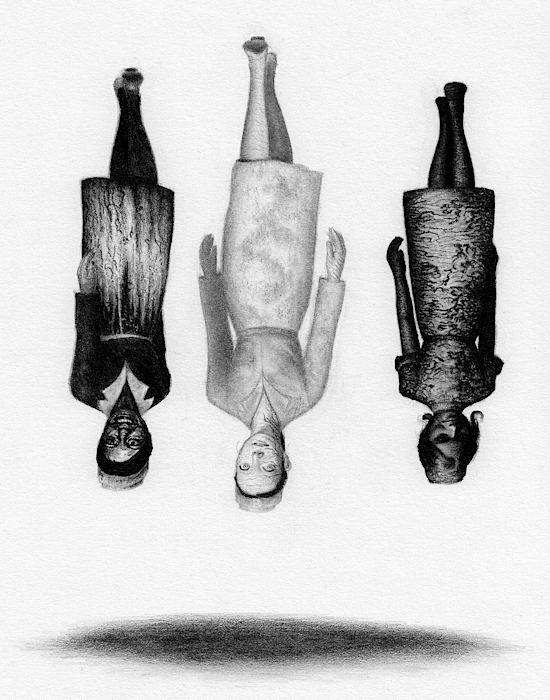 Queen duvet cover (88" x 88") featuring the image "Inverted Nurses - Artwork" by Ryan Nieves. Our soft microfiber duvet covers are hand sewn and include a hidden zipper for easy washing and assembly. Your selected image is printed on the top surface with a soft white surface underneath. All duvet covers are machine washable with cold water and a mild detergent.

This drawing is part of the series of Blackhaven Anomalies. This series illustrating the general threats, hauntings, and strange occurrences that plague the dark corrupted world of the alternate Blackhaven Institution.This Blackhaven anomaly haunts both the Nursery and Orphan wings in the dark halls of the alternate Blackhaven Institution. The upside down specters of nurses that perished on the day of the fire can be found suspended above the ground, appearing without warning nor sound...Join my email list for updates at http://theartofpyramiddhead.com/subscribewebsiteemaillist.htmlFind Originals, Prints, and Ebooks on my website at www.theartofpyramiddhead.comFollow me and keep up with daily updates during the week on any of these social media platforms:https://twitter.com/PyramiddheadArthttps://www.instagram.com/theartofpyramiddhead/https://www.facebook.com/PyramiddheadArt/https://www.tumblr.com/blog/pyramiddheadart