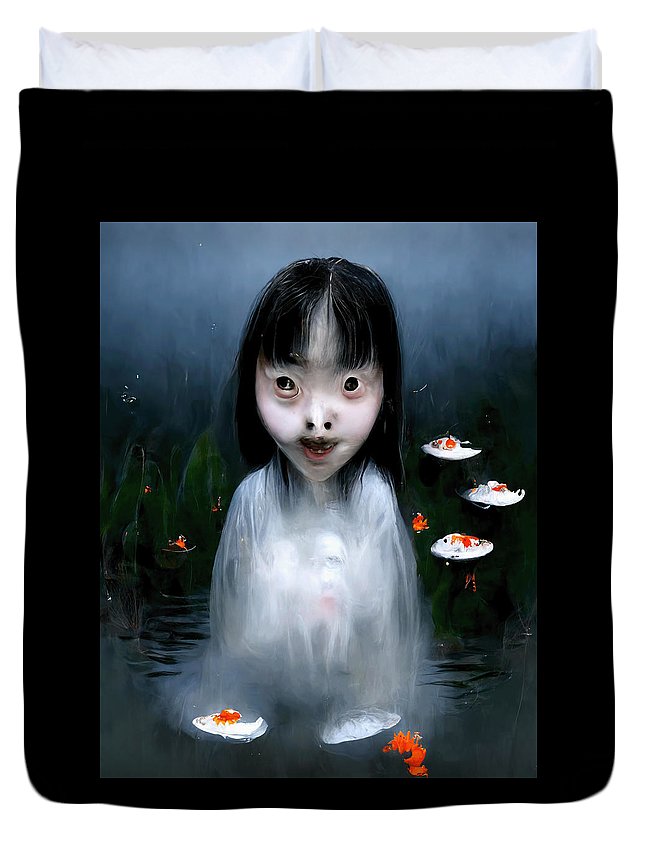 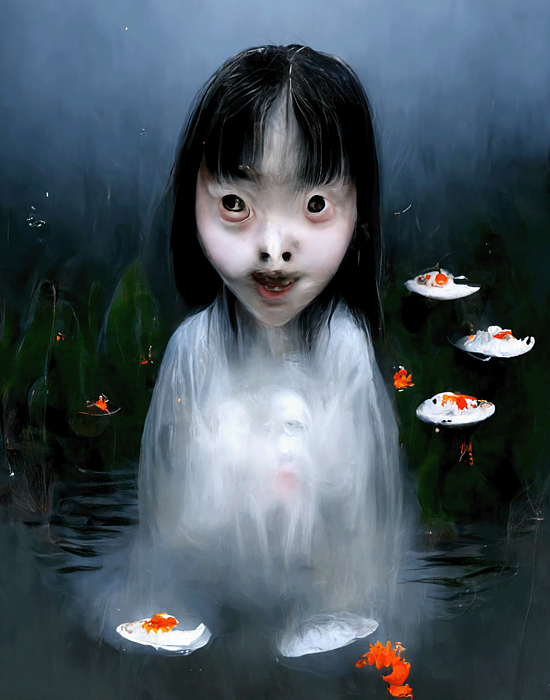 Keiko Among The Koi 2 Duvet Cover

Queen duvet cover (88" x 88") featuring the image "Keiko Among The Koi 2" by Ryan Nieves. Our soft microfiber duvet covers are hand sewn and include a hidden zipper for easy washing and assembly. Your selected image is printed on the top surface with a soft white surface underneath. All duvet covers are machine washable with cold water and a mild detergent.

A variant of my piece Keiko Among The Koi where instead Keiko is in the pond the koi are actual fish and are dead...

A variant of my piece "Keiko Among The Koi" where instead Keiko is in the pond the koi are actual fish and are dead...Find my main website, full art gallery, bookstores, and other ways to support my work at https://linktr.ee/theartofpyramiddhead