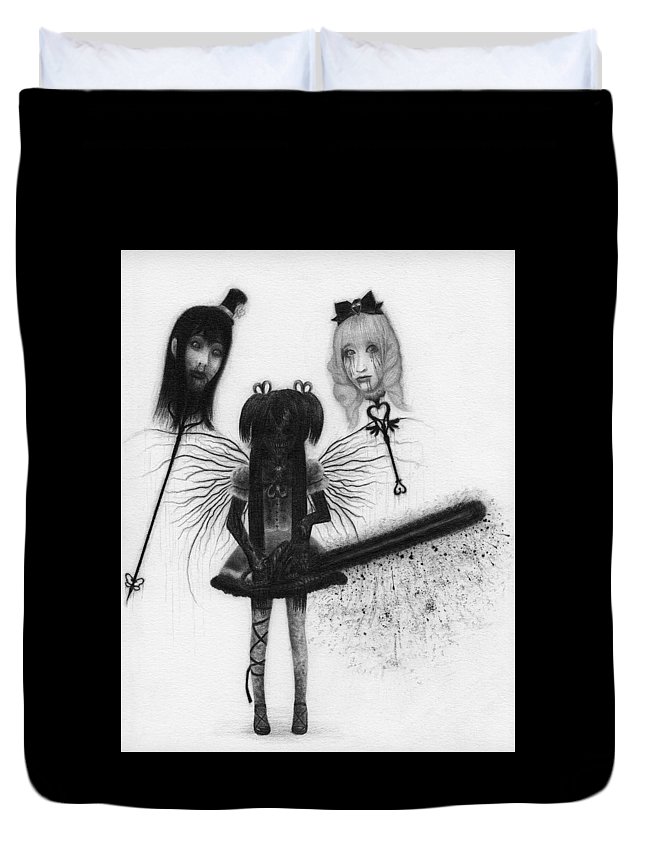 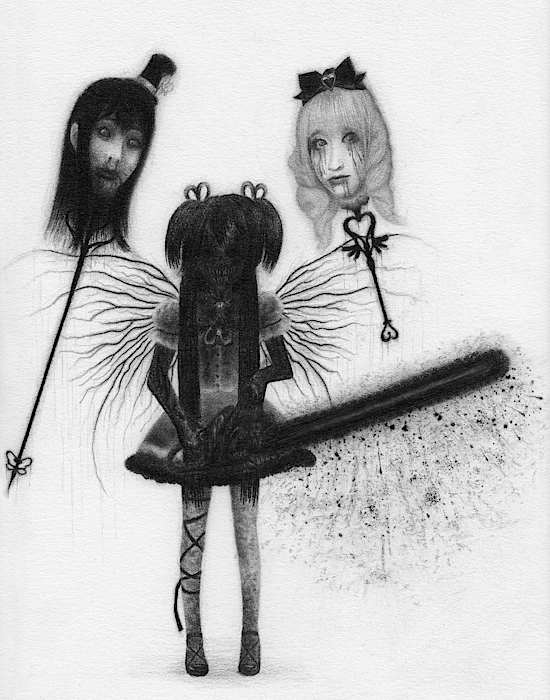 Queen duvet cover (88" x 88") featuring the image "Magical Girl Bloody Nightmare - Artwork" by Ryan Nieves. Our soft microfiber duvet covers are hand sewn and include a hidden zipper for easy washing and assembly. Your selected image is printed on the top surface with a soft white surface underneath. All duvet covers are machine washable with cold water and a mild detergent.

In modern times the cosplay scene in Japan has been growing with many new conventions, events, and even themed stores poping up. This growth as been... more

In modern times the cosplay scene in Japan has been growing with many new conventions, events, and even themed stores poping up. This growth as been a new draw for many cosplayers to take there hobby to the next level and strive to become a famous cosplaying figure. The scene internally has been a rather neutral scene until a single horrific incident shook the cosplaying world, the gruesome murder of three cosplayers known for cosplaying as magical girls. The scene of the crime was described as something out of a horror movie... The corpses of two woman found decapitated, and a third corpse of a younger girl that appeared to be uninjured. The murder weapon was found left at the scene, a bloody chainsaw. So far no suspects have been named nor found. This is when rumors began to spread that the younger girl attacked her peers in a fit with the chainsaw and slain them both before committing suicide. Though this rumor does not seem plausible as a girl of her stature should not be able to w...