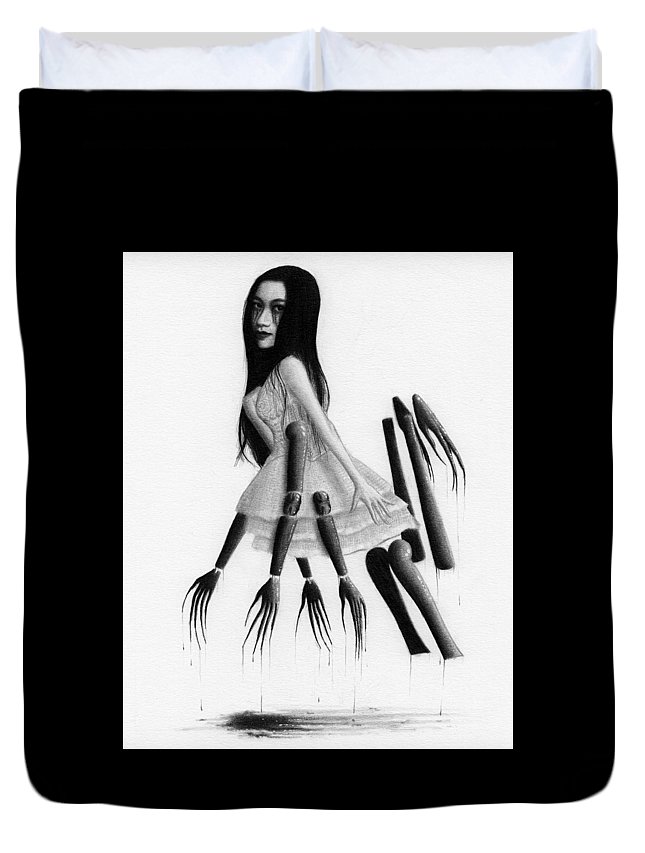 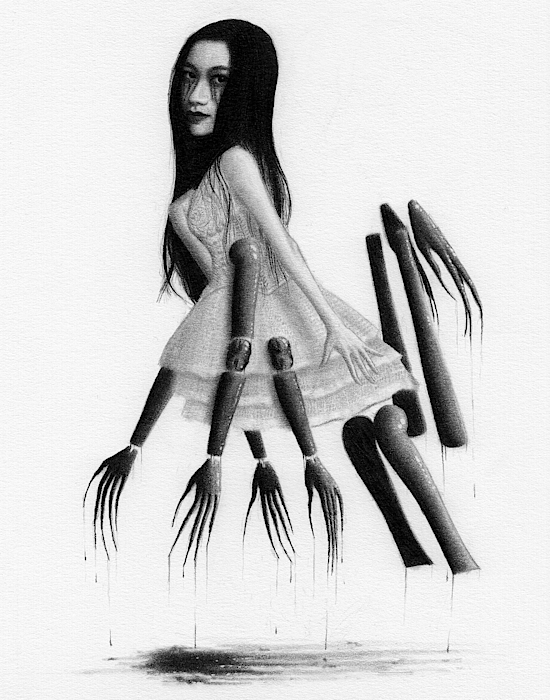 Queen duvet cover (88" x 88") featuring the image "Misaki - Artwork" by Ryan Nieves. Our soft microfiber duvet covers are hand sewn and include a hidden zipper for easy washing and assembly. Your selected image is printed on the top surface with a soft white surface underneath. All duvet covers are machine washable with cold water and a mild detergent.

During the year 2015 in the Higashi Osaka City, Japan a young woman named Misaki Yamasaki was found murdered in her home. A long streak of blood... more

During the year 2015 in the Higashi Osaka City, Japan a young woman named Misaki Yamasaki was found murdered in her home. A long streak of blood leading to the front of her home into her studio where she was found face down in a pool of blood surrounded by various limbs of BJD doll parts. The investigation went on until 2017 when another victim was found dead in a similar fashion, this person being a prime suspect narrowed down over the 2 years. This event lead to the birth of a ghost legend, a dangerous curse described to haunt those who dare to enter Misaki's previous home, own dolls made by her, or are involved in the BJD industry. Visions of bloody streaks and induced nightmares of bloody porcelain-like limbs are among common symptoms of the curse. Even the specter of Misaki is said to have been seen to appear legless, tearing blood, and surrounded by a odd array of floating bloody doll-like limbs... The tragedies associated with this curse still appear to be a current issue and wo...