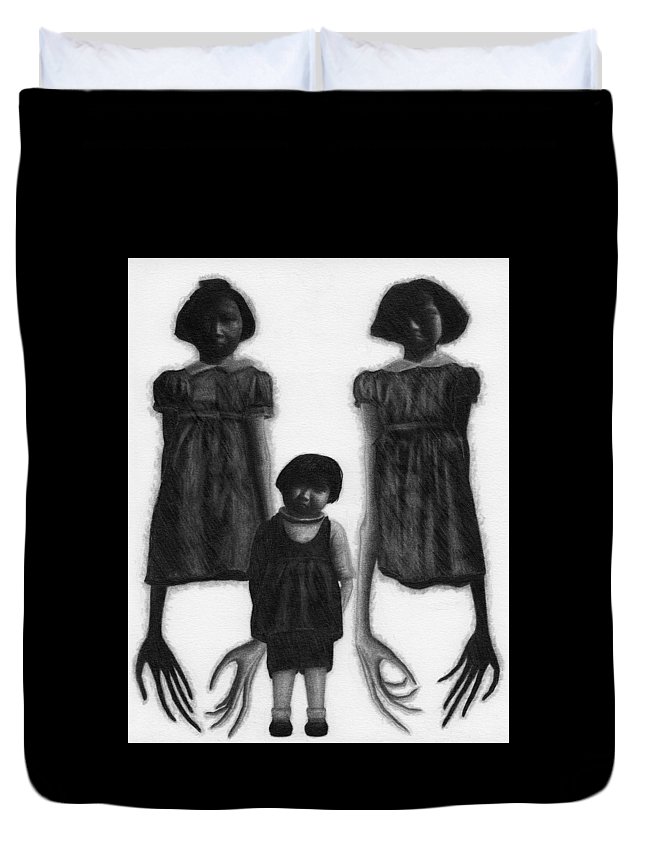 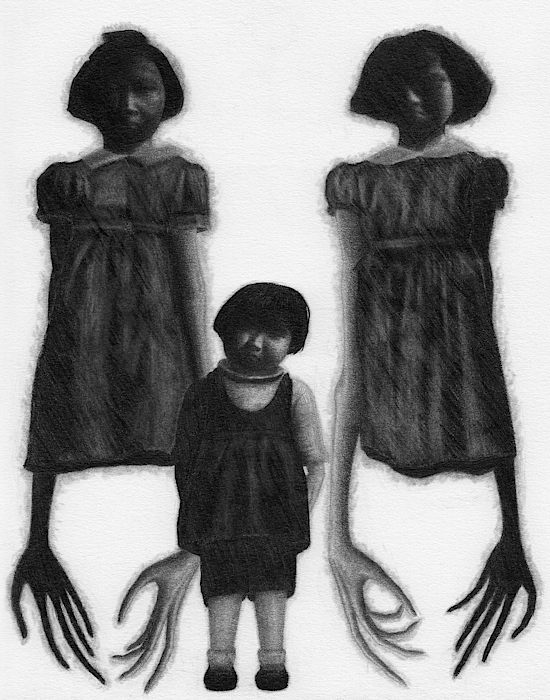 Queen duvet cover (88" x 88") featuring the image "The Abberant Sisters - Artwork" by Ryan Nieves. Our soft microfiber duvet covers are hand sewn and include a hidden zipper for easy washing and assembly. Your selected image is printed on the top surface with a soft white surface underneath. All duvet covers are machine washable with cold water and a mild detergent.

When souls wander the earth for longer than they should, there is a chance that darkness finds them... In this case darkness found these sisters who... more

When souls wander the earth for longer than they should, there is a chance that darkness finds them... In this case darkness found these sisters who had wandered unseen, wandering forgotten in a place they became invisible in even before they had died. But now after time has passed, they have been seen...Full story to be told likely in a future book...Find Originals, Prints, and Ebooks on my website at www.theartofpyramiddhead.comFollow me and keep up with daily updates during the week on any of these social media platforms:https://twitter.com/PyramiddheadArthttps://www.instagram.com/theartofpyramiddhead/https://www.facebook.com/PyramiddheadArt/https://www.tumblr.com/blog/pyramiddheadart