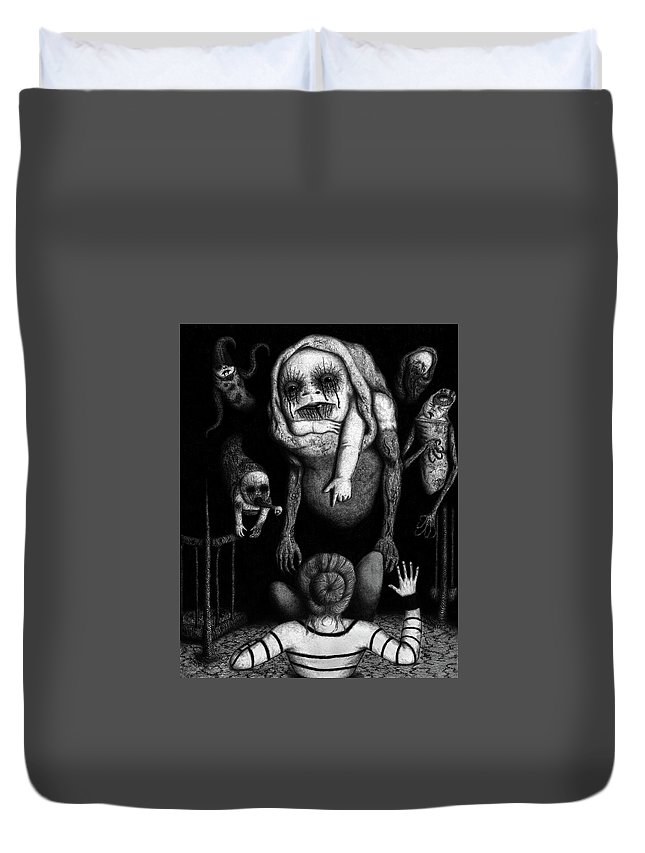 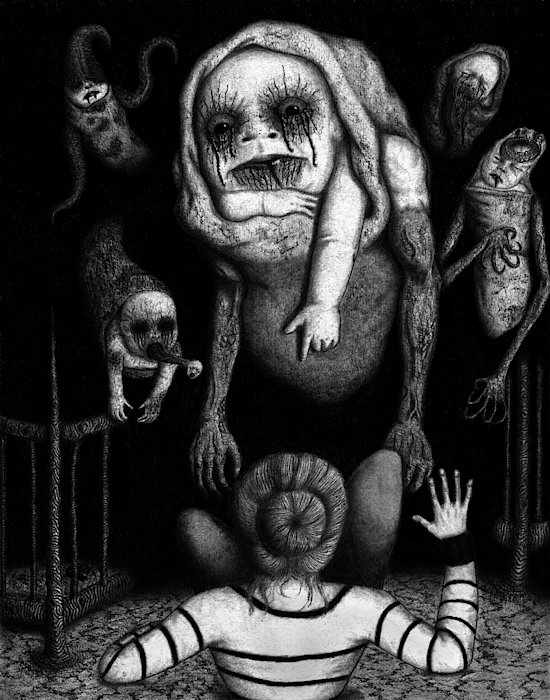 Queen duvet cover (88" x 88") featuring the image "The Corrupted - Artwork" by Ryan Nieves. Our soft microfiber duvet covers are hand sewn and include a hidden zipper for easy washing and assembly. Your selected image is printed on the top surface with a soft white surface underneath. All duvet covers are machine washable with cold water and a mild detergent.

The Corrupted - The artwork featured for Blackhaven encounter story #13

" The Corrupted " - The artwork featured for Blackhaven encounter story #13Encounter Story at http://pyramiddhead.deviantart.com/art/The-Corrupted-482961471