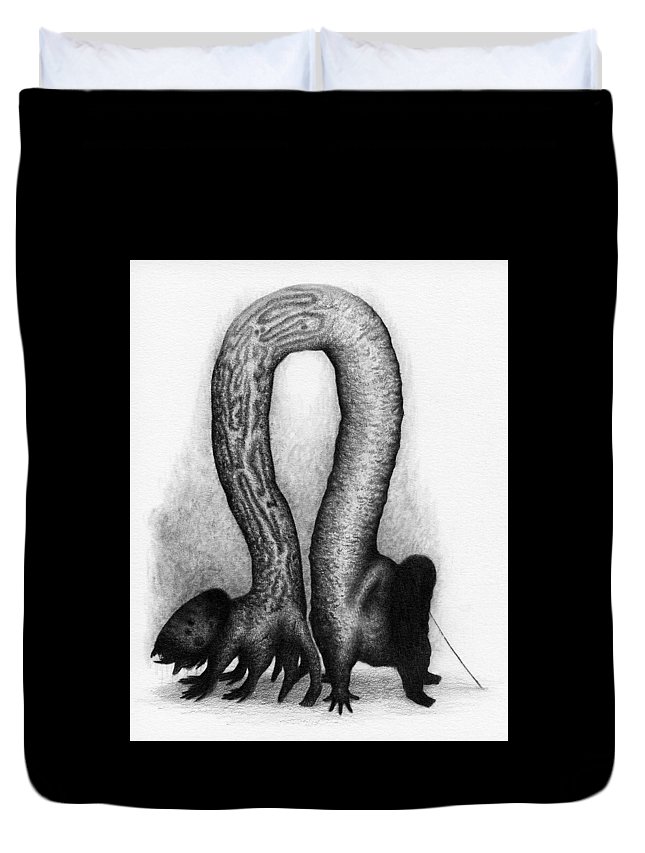 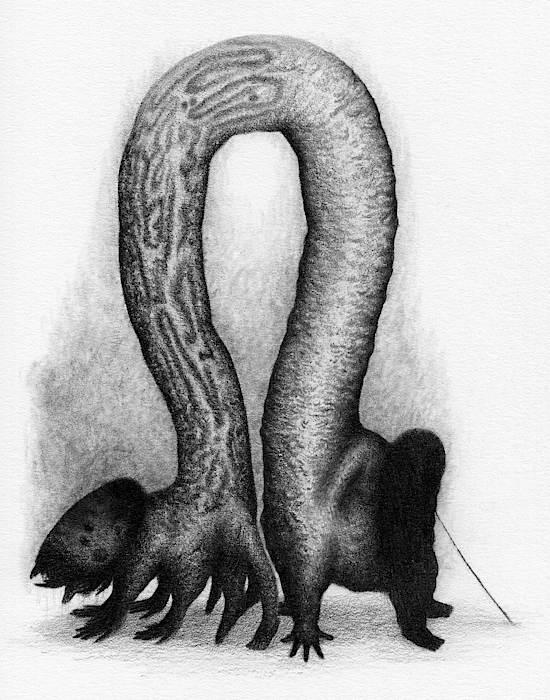 Queen duvet cover (88" x 88") featuring the image "The Very Hungry Inch Worm - Artwork" by Ryan Nieves. Our soft microfiber duvet covers are hand sewn and include a hidden zipper for easy washing and assembly. Your selected image is printed on the top surface with a soft white surface underneath. All duvet covers are machine washable with cold water and a mild detergent.

Brief Demon Profile:Lingering around the small library in the Orphan Wing in the alternate Blackhaven rest this large beast. Special ties bound into a lepidotteran shell, reminiscent of a moment corrupted from a another world attached to an idealization and imagination dearly held within two souls that were bound by a longing and a passion inspired by a popular children's book. Attached to the cieiling or walls this beast lies in wait, until its victim is close enough to launch its locomotion. The mobility and qualities of an inhworn have been taken to here to horrorfic levels that shouldn't be possible granting it the capability to be extremely dangerous. This beast attacks with large mandibles, fangs, brute force, acidic bodily fluids and an extremely sticky black thread.The life story of The Very Hungry Inch before the corruption will be available in the future in it's official full Blackhaven Demon Profile Story. Other Blackhaven Profiles: http://pyramiddhead.deviantart.com/galler...