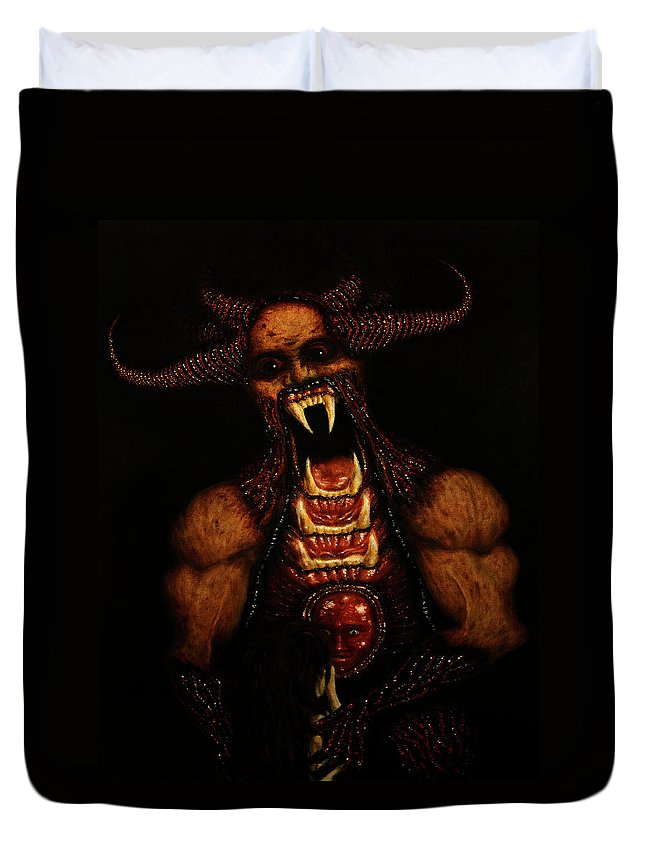 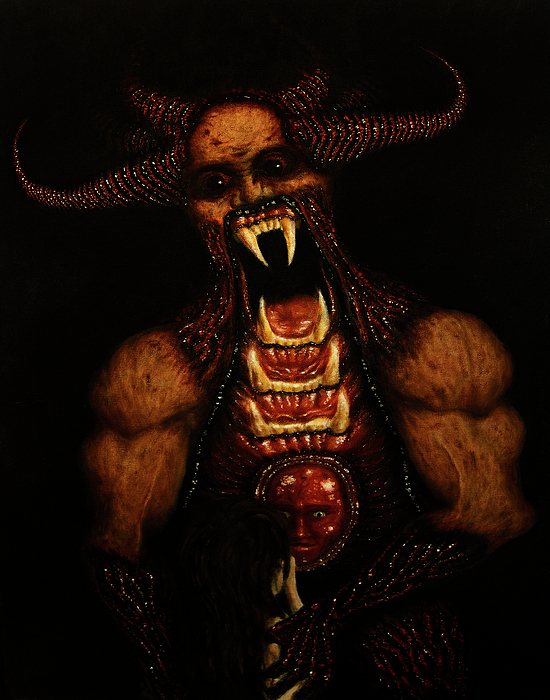 Queen duvet cover (88" x 88") featuring the image "Vicious - Artwork" by Ryan Nieves. Our soft microfiber duvet covers are hand sewn and include a hidden zipper for easy washing and assembly. Your selected image is printed on the top surface with a soft white surface underneath. All duvet covers are machine washable with cold water and a mild detergent.

In most cases at first they cannot see this demon that thrives in the hearts of man. Infatuated by it... more

Demon #1 - Vicious - oil on canvas 18x24In most cases at first they cannot see this demon that thrives in the hearts of man. Infatuated by it through either its outer appearance, through good first impressions , or sometimes out of desperation. In most cases the demon does not reveal itself at first, for awhile everything may seem ok to those who accompany it. As time passes is when the demon shows gradual signs of aggression, sometimes it may briefly lash out. When it does this demon can be very manipulative, by apologizing and making empty promises with absolute yet false sincerity straight after it does. Doing this in order to draw its victims back in. When even more time passes is when the demon becomes its most dangerous, it starts digging its claws into your flesh to entrap you with it forever by any means possible.... The demon will manipulate by fear, howling and berating it's victims both physically and mentally. Remorseless in its pursuit it will strive to control the very li...