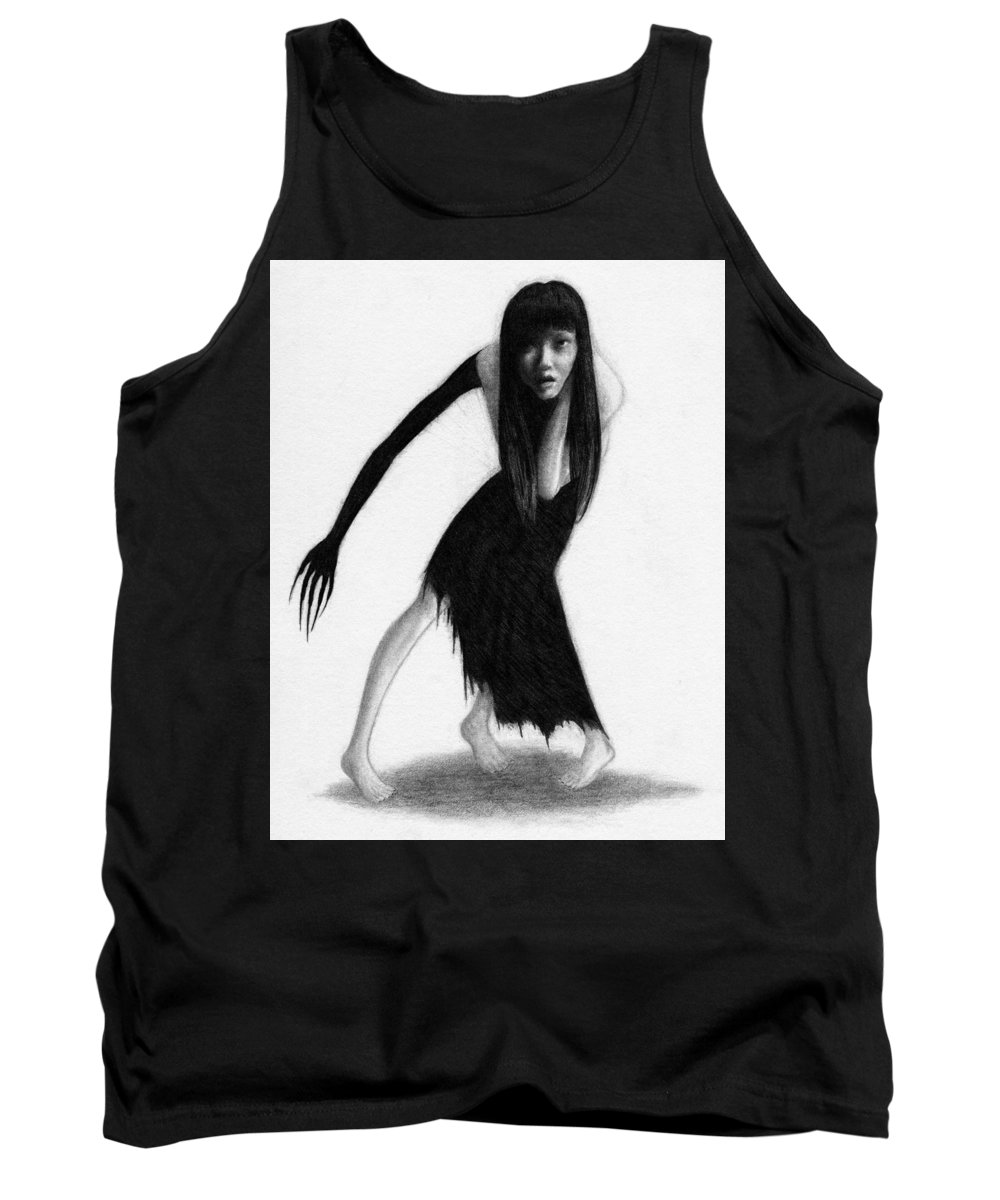 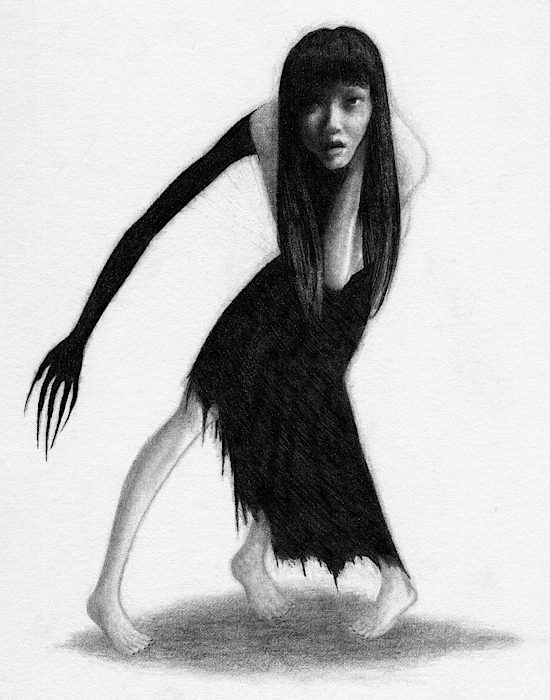 Onryo, the most fear and vicious type of yurei solely exists as an embodiment of fury born from those who had died bearing powerful negative emotions... more

Onryo, the most fear and vicious type of yurei solely exists as an embodiment of fury born from those who had died bearing powerful negative emotions with the mission to take vengeance upon any who cross its path...Woman With The Black Arm Of Demon – A widower for years after her husband died this woman was mysteriously found dead in her apartment with her arms wrapped around her body and an expression of fear on her face. It is unknown how she had died but further investigations had discovered she had taken up an interest of the occult after her husband's passing and dabbled in black magic. Years have passed after her death before people in the area of the apartment had begun to see a ghastly being at random when they turned a corner in hallways or on the streets. They would witness this woman slightly hunched over in the distance with three legs, in an awkward stance holding herself. Her clothes black and right side of her face shrouded in shadow. A third arm would then appear from...