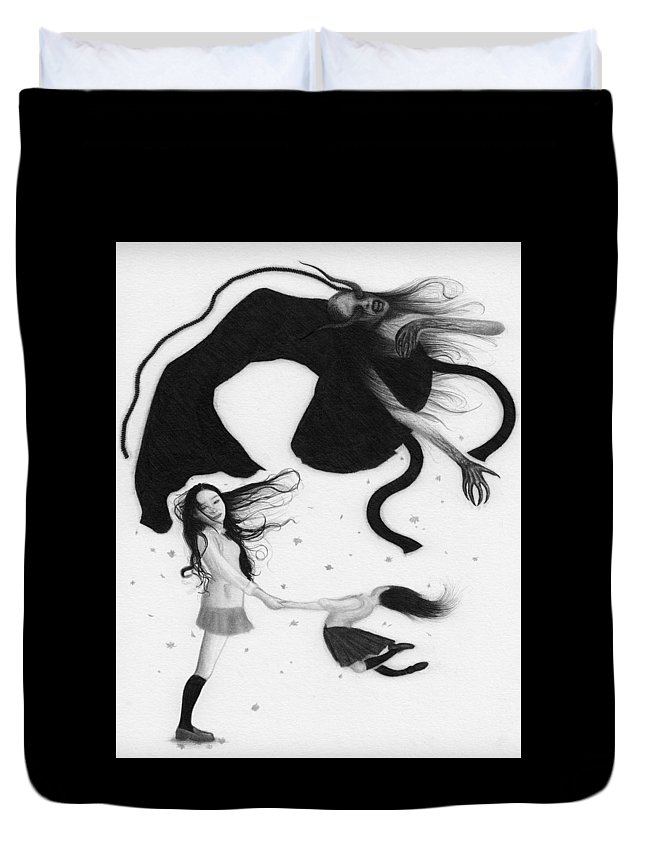 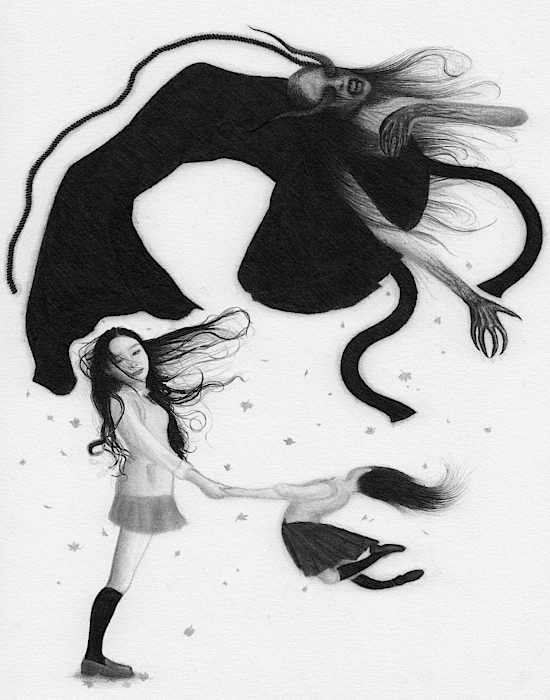 Queen duvet cover (88" x 88") featuring the image "Yonokaze - Artwork" by Ryan Nieves. Our soft microfiber duvet covers are hand sewn and include a hidden zipper for easy washing and assembly. Your selected image is printed on the top surface with a soft white surface underneath. All duvet covers are machine washable with cold water and a mild detergent.

It is said that spirits drift on the winds of the night... Though hand in hand, reunited with the spirit of a loved one brought in by the breeze of... more

It is said that spirits drift on the winds of the night... Though hand in hand, reunited with the spirit of a loved one brought in by the breeze of the night. It was not long before she was suddenly graced from above by a feeling of dread mixed brought in by the wind... Full story to be told likely in a future book...Find Originals, Prints, and Ebooks on my website at www.theartofpyramiddhead.comFollow me and keep up with daily updates during the week on any of these social media platforms:https://www.instagram.com/theartofpyramiddhead/https://www.facebook.com/PyramiddheadArt/https://twitter.com/PyramiddheadArthttps://www.tumblr.com/blog/pyramiddheadart