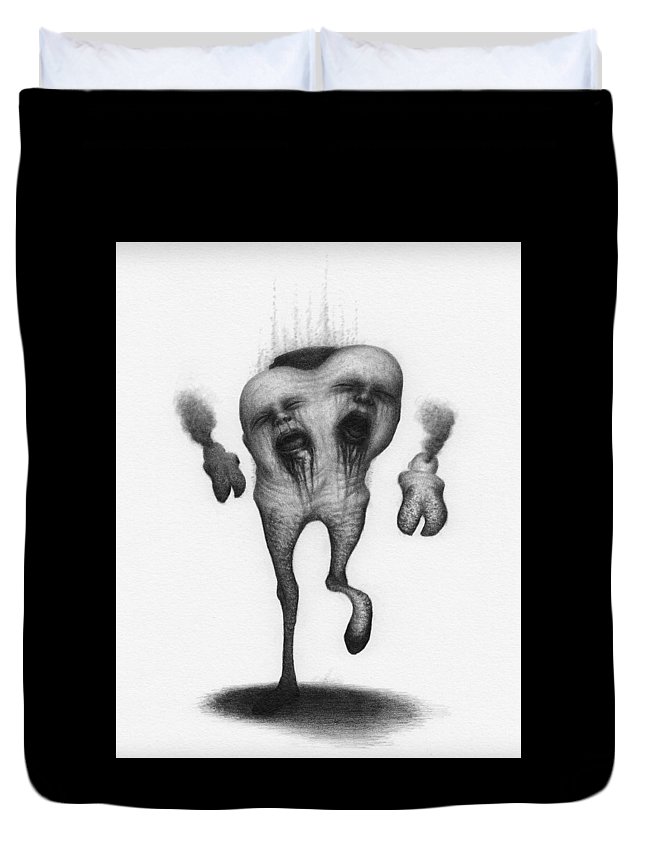 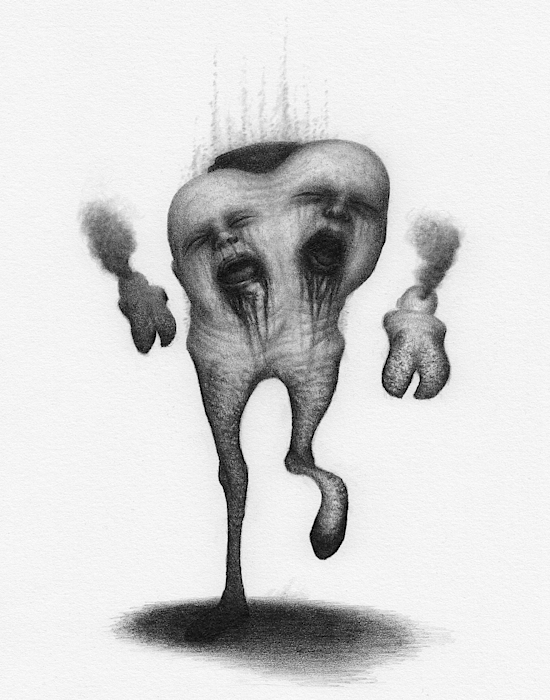 Queen duvet cover (88" x 88") featuring the image "Nightmare Strider - Artwork" by Ryan Nieves. Our soft microfiber duvet covers are hand sewn and include a hidden zipper for easy washing and assembly. Your selected image is printed on the top surface with a soft white surface underneath. All duvet covers are machine washable with cold water and a mild detergent.

This drawing is part of the Blackhaven series, specifically of Blackhaven Anomalies. This series illustrating the general threats, hauntings, and... more

This drawing is part of the Blackhaven series, specifically of Blackhaven Anomalies. This series illustrating the general threats, hauntings, and strange occurrences that plague the dark corrupted world of the alternate Blackhaven Institution.Nightmare Striders are the embodiment of the tragic traffic of nurses with infants found running about the halls of the the Nursery Wing on the day of the fire. With debilitating screams and a frantic disorderly pace, encountering them serves as a sudden twisted testament to the chaos that was experienced in the halls that fateful day. Physical collisions with these monsters are quite common and deliberate, causing in most cases minor damage. What to watch out for is the occasional projectile acidic vomit that many of the demons in the alternate Nursery Wing utilize.In the alternate nursery wing small billowing entities suspended in the air are among the manisfestations of the casualties of smoke inhalation, a common fate many of the trapped infan...