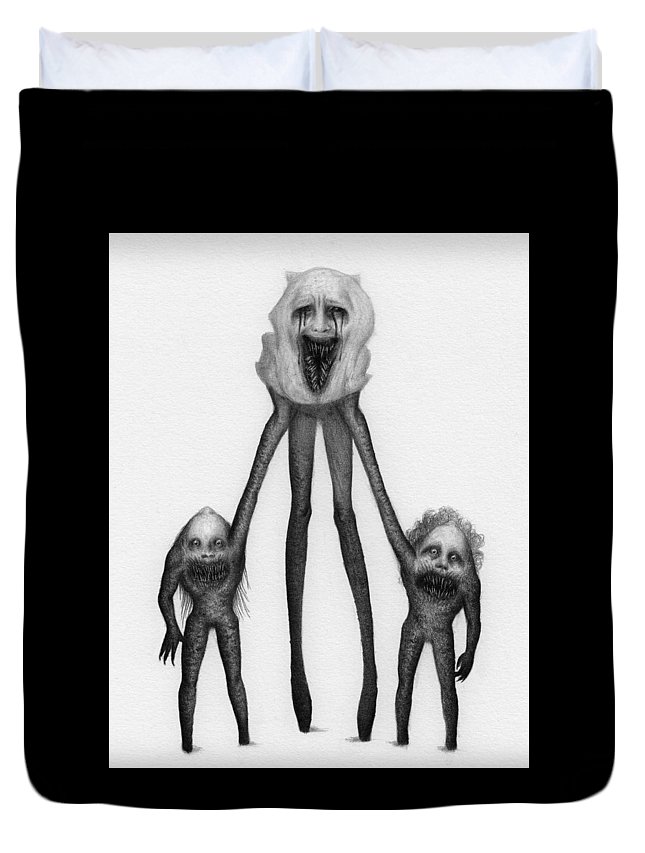 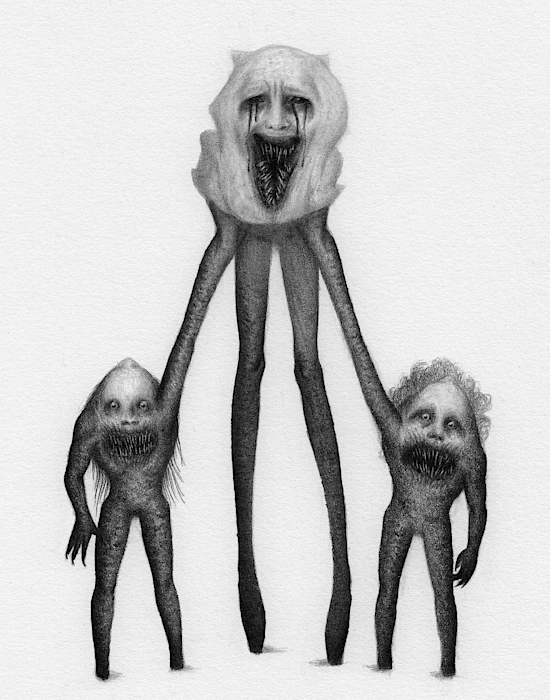 Queen duvet cover (88" x 88") featuring the image "Shambling Flesh Seeker Nurse - Artwork" by Ryan Nieves. Our soft microfiber duvet covers are hand sewn and include a hidden zipper for easy washing and assembly. Your selected image is printed on the top surface with a soft white surface underneath. All duvet covers are machine washable with cold water and a mild detergent.

This drawing is part of the series of Blackhaven Anomalies. This series illustrating the general threats, hauntings, and strange occurrences that plague the dark corrupted world of the alternate Blackhaven Institution.Helpless anxiety warps itself into the hunger for flesh in the Orphan Wing of the alternate Blackhaven Institution... Those trapped nurses that carried with them the unbearable guilt planted within them on the day of the fire host the seeds of a terrifying unstable corruption. Here in their shambling awkward monstrous state they accompany those they failed to protect, filling the bottomless void that eats away at them by sharing in the feast of the flesh of another...Take advantage of my Huge Halloween Art Sale going on now! All Purchases made this month enter you for a chance to win original artwork! Details at https://www.deviantart.com/pyramiddhead/art/The-Art-Of-Pyramiddhead-s-Halloween-Sale-2018-766087421Join my email list for updates at http://theartofpyramiddhead....