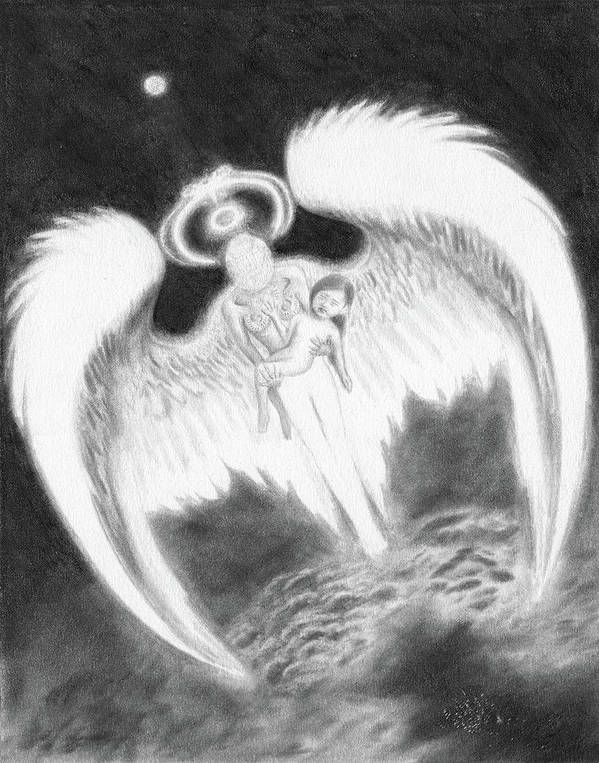 Reunited - Artwork poster by Ryan Nieves.   Our posters are produced on acid-free papers using archival inks to guarantee that they last a lifetime without fading or loss of color. All posters include a 1" white border around the image to allow for future framing and matting, if desired.

"Angels And Demons" series will present 3 pairs of drawings with similar yet contrasting narratives and visuals based on either the perspective of an angel or a demon, focusing on the elements of tragedy and drama associated with each one. Piece 1- Reunited - Quote from the narrative below “ Reunited in the sky, in the moon's light, from the fires below, it shouldn't have been this way...”Continue below to read the full story behind this quote and this piece. It was first love, a man and a woman one night long ago in their youth, under the moon's glistening light...This moment would lead to the birth of a child created by the powerful bond of this couple. With the birth of a daughter the couple was excited now able to start life as a family. After a few months the new mother started to show signs of weakness. The new father took it as a sign of exhaustion from constantly caring for the new child mostly herself. So he began to cut his hours from work to stay by her side and care...